Mountains, river valleys, cosy cottages and good food and wine. The Lot valley in this area has so much to offer and we want you to experience it to the full. French Cottage Holidays is a small agency, specializing in this geographical area and aiming to give you a personal service from the moment you enquire, right through to the last moment of your stay.

2020 – 2021 has seen some significant changes for the business and Tina, who took the company over in 2014, decided to fold the French Company (French Cottage Holidays s.a.r.l. and take a step back.  French Cottage Holidays is now back under the umbrella of French Cottage Retreats Ltd. with new management on a reduced basis.  We have fewer houses to offer and owners are now responsible for managing their own properties using people of their choice.  French Cottage Retreats Ltd. is solely managing the marketing and reservations.  We do not anticipate any noticeable change for our guests and are committed to working as hard as ever to offer the best holiday experience possible.

With 7 specially selected properties to choose from, all but one with private pools and many with dramatic views, we can accommodate from 2 to 8 guests. Some larger properties have discounted rates for lower occupancy outside of peak season. All are furnished to a high standard and our all-inclusive prices cover bed linen, towels, pool towels and local taxes.

Our website has been designed to show you as much as possible of the houses and the area and we have included practical information to help you plan your trip. It is our showcase and we are always looking for ways to improve it so that we can bring this stunning area and all it has to offer right into your living room!
We look forward to welcoming you to this lesser known part of France – see you soon! 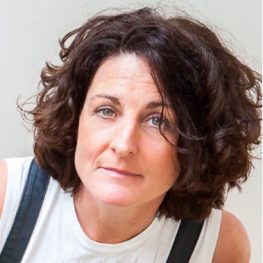 I started working for French Country Holidays managing Marketing internationally and reservations for the French market in 2010. Having known the previous owners of the company then known as French Cottage Retreats since 1981 and also living in the area, I was delighted to have the opportunity to become part of the business.

A double language honours graduate from Kings College London, I began my career at a Marketing Agency and from here moved on and up specializing in Marketing communications for software companies. In 1996 I became Freelance and worked as a Marketing consultant for groups such as Cable & Wireless , Telewest and Deutsche Telecom. After getting married and starting a family whilst working part time for my husband who is in the film industry, we moved to Southwest France. Once settled into life there and having renovated our house, I decided to employ my skills to help expats who needed assistance with living in France, which was very rewarding. When invited to join French Cottage Holidays it was a fantastic opportunity for me to help expand the company into the European market.

2021 has seen the business relaunch on a new footing due to market forces and the pandemic, with owners taking over  management of their houses but we still aim to offer a full service experience and French Cottage Retreats maintaining the reservations and marketing side.

What our guests say

We have been through the company before and I am sure we will again. We love the Lot Valley and all the villas have been great. I have been with Owner’s Direct elsewhere, but will always use yourselves when I can because the personal touch really helps and counts when there is a problem. We really did appreciate your prompt communication and helping us stay in another property.

I am a huge fan of French Cottage Holidays and think you do an amazing job.  Please keep it up and no doubt will be in touch again again in the future.