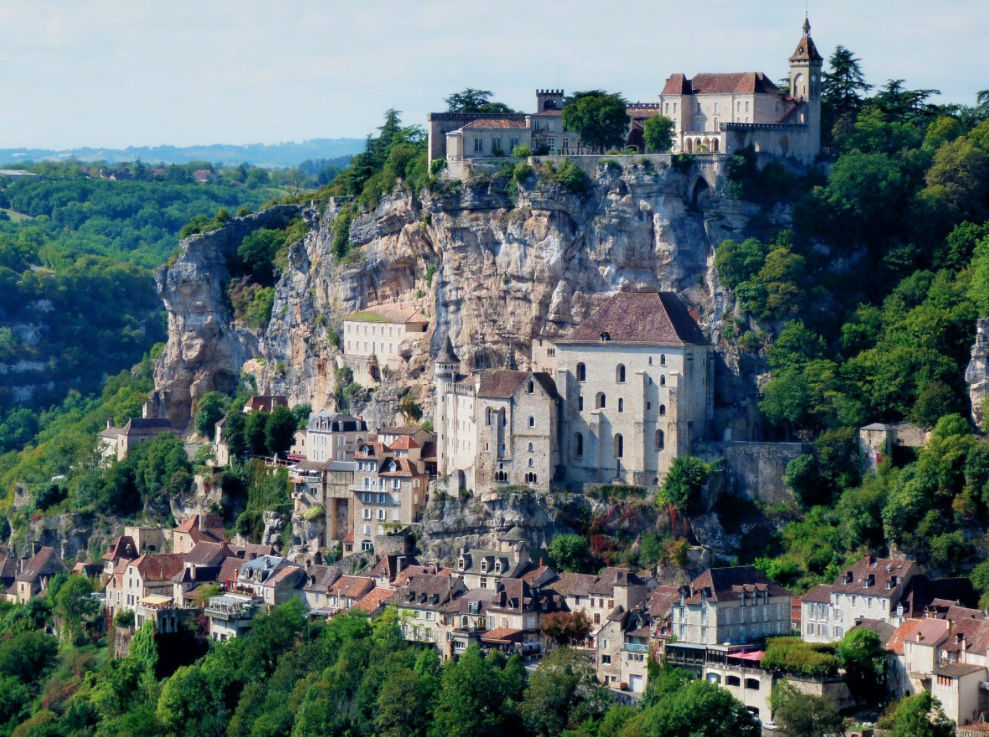 Although this remarkable town is a 2 hour drive from our area, it is well worth the drive, which in itself is an absolute pleasure.   Built into the cliffs above a particularly spectacular gorge, which has a tributary of the Dordogne river running through it, the buildings of Rocamadour (from ròca: cliff, and saint: Amadour) rise in stages up the side of the cliff. Flights of steps ascend from the lower town to the churches, a group of massive buildings halfway up the cliff. The most notable of them is the pilgrimage church of Notre Dame containing a wooden Black Madonna reputed to have been carved by Saint Amator (Amadour) himself. A UNESCO World heritage site, Rocamadour has a fascinating and ancient history. It became truly notable when in the 12thcentury the well preserved body of the saint was discovered and the town flourished resulting in construction of fortifications and the castle which are still there today. Local craft shops line the streets and there are many excellent restaurants with terraces overlooking the gorge where you can eat and admire the truly breathtaking views. Rocamadour is also known for its AOC goat’s cheese of the same name and there is a wonderful bird sanctuary, where during the summer bird of prey demonstrations take place daily. 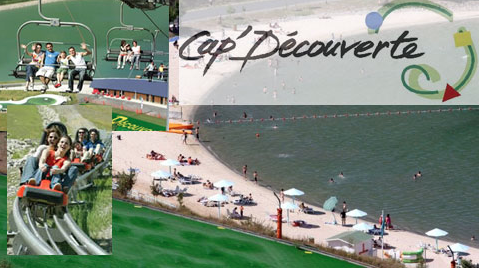 A former quarry near Albi, Cap Decouverte is a fantastic day out for families. Entry is around €10 all inclusive per person and there is an amazing range of activities for every age including mini-golf, water skiing, dry slope skiing, go karting, luge, zip wire over the lake, mountain biking, scooters, skate park. You can get down to the lake on the cable car or take a bike or scooter and follow the paths to the bottom. Take a picnic or eat in the restaurant by the lake.